Experts from India and Japan discussed possibilities of collaboration for the promotion of hydrogen-based technologies. They also explored related innovations, trends, concerns, and solutions at a webinar on De-carbonisation: Exploring the Hydrogen Prospects and Innovative Technologies.

The Government of India is working towards an EV policy which is expected to be released in 2018 Q1. There are strong indicators from various policy makers in India to keep focus on EVs and to look at other low carbon options such as Methanol, CNG etc. The Government plans to work towards creating a demand for EVs by buying in bulk, which could provide for large orders for automakers. A recent tender for 10,000 cars is already issued and now a major tender for electric buses in 11 cities is likely to be released soon.
The Indian EV Industry is in its nascent stages with only 2 electric car manufacturers,
about 10+ players in 2 Wheelers and 3-4 OEM’s in Electric buses. Most other auto OEM’s
are now looking at introducing EV models in India.
While there is a vision for 100% electric vehicles by 2030, most industry experts indicate
that around 40-45% EV conversion by 2030 is a realistic expectation. A major push towards EVs will be led by the public transportation requirements in India – Fleet cars, E-Buses, 3 wheelers and 2 wheelers. Personal vehicle options for EVs will still be a relatively smaller element in the whole pie.
India offers huge opportunities for Norwegian companies in every aspect of the EV
ecosystem. This is a market in developmental stages and Norwegian firms could
identify and position themselves to cater to this growing market in the long run. We have
identified certain key areas for Norwegian firms to focus on. 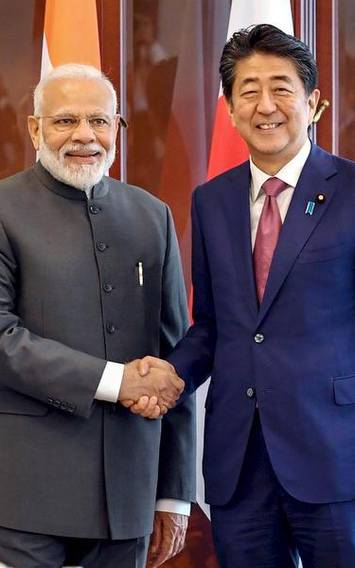 Looking out to shift some of its investments from China, Japanese Prime Mnister Shinzo Abe is likely to discuss options to help the 200-odd investment projects from his country facing delays in India due to Covid-19 disruptions in his video conference with Prime Minister Narendra Modi proposed next month.

The agenda of the India-Japan Summit, scheduled in September, may also include strengthening of digital partnership and infrastructure, dealing with Covid-19 crisis, making trade more balanced

The focus of the India-Japan Summit, which may take place around September 10, will also be on strengthening digital partnership between the two countries, removing hurdles identified by Japanese companies in India — including inadequate infrastructure — cooperation to tackle Covid-19 contingencies and bringing down the bilateral trade deficit suffered by India.

Interestingly, earlier this year, the Japanese government earmarked $2.2 billion of its economic stimulus package to help its manufacturers shift production out of China to re-organise its supply chains after the Covid-19 disruptions. Of this, about $2 billion was allotted to companies for shifting production back to Japan and about $21.5 million to Japanese companies to start production outside China.

Tokyo then carved out a special subsidy package of about 100 million yen (approximately $1 million) to grant financial assistance to 10 companies, including automobile major Suzuki Motor Corp and optical device manufacturer Olympus Corp, for investing in innovative solutions in India in tie-ups with Indian IT firms.

Japan was the fourth largest investor in India, after Mauritius, Singapore and the Netherlands, accounting for cumulative foreign direct investments of $33.5 billion in the 2000-20 period, accounting for 7.2 per cent of India’s total inflows.

“There have already been Secretary-level talks between India and Japan on removal of various identified hurdles for Japanese investors and the talks between the Prime Ministers is expected to give the growing partnership between the two nations a bigger push,” the official said.

Earlier this month, Commerce and Industry Minister Piyush Goyal assured that a focussed group of key officials will resolve Japanese investors’ concerns on logistics, customs clearance, export procedures and quality issues as more than 200 investment plans of Japanese companies are stuck in India, including factory construction and production-line expansion.

There was a real demand among my peers for course-specific study materials. I realized my idea for student-to-student learning idea could grow beyond just my statistics class and just my school because it addressed two real needs among college students everywhere – more money and better grades.

My college idea has grown well beyond my alma mater into a venture-backed company that has raised more than $6 million to date. Here are five lessons I learned on the journey.

1. Stop talking -- just do it! Millions of people have a great idea, but few have the drive and passion to put their ideas into action. You have to go “all in.” Put all your fears of failure aside and take a leap of faith. Rather than thinking about the "what-ifs,” just go for it and take those first steps to bringing your idea to life. You don’t need to have all the details and decisions 100% vetted to get your idea off the ground. Kinks can be worked out along the way. Make the best choice you can with the facts you have. Take a risk rather than missing the opportunity to create something great.

2. Don’t talk about version 2.0. You can’t sell what you don't have. You will always want a newer, faster, sleeker but touting unfinished features diminishes your current product. Don't distract people from the great product that you already have and need to sell to investors, customers and potential employees.

3. Do not confuse great people with people who are great at their job. Find people who are well-rounded and share your passions. They will push you and your business in the right direction, through the good, the bad, and the ugly. A startup needs every employee to do whatever is needed. That may not be listed in the job description but must to be understood by all. Be careful when hiring a close friend, however. I've learned the hard way not to just hire a friend because I enjoyed their company. Be honest with yourself about your friend's skils and drive to work hard.

4. Make tough decisions.  Erica Jong wrote “Advice is something you ask for when you already know the answer but wish you didn’t.” Success can only come from taking risks and making difficult decisions. There's no easy route. Trust your gut. Have confidence that you know what’s best for the business you created. There’s no time for second guessing yourself when you’re building something great.

5. Celebrate the small things. You're always striving toward the next big "win" for your business but don't think only about the future. Don’t get me wrong. Those monumental victories are what all entrepreneurs work toward but you can't forget to live in the present. Recognize your smaller achievements along the way.Taking the time to reflect on the small things will have a boost morale and help build a strong company culture.

The prime minister said India offered a ‘perfect combination’ of openness, opportunities and options for investment. Modi said that India was emerging as a land of opportunities. “During the last six years, we have made many efforts to make our economy more open and reform oriented,” he added. “Reforms have ensured increased competitiveness, enhanced transparency, expanded digitization, greater innovation and more policy stability.”

“India invites you to invest in infrastructure,” Modi said. “Our nation is witnessing the largest infrastructure creation drive in our history. Come, be a partner in building housing for millions, or building roads, highways and ports in our nation.” 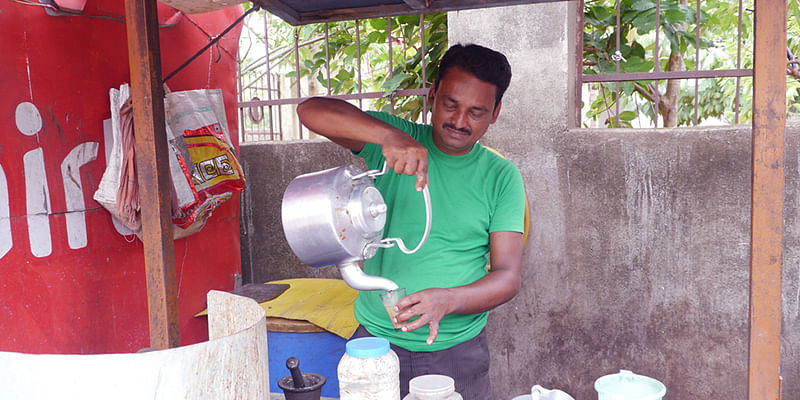 Login to quote this blog

You cannot quote because this article is private.